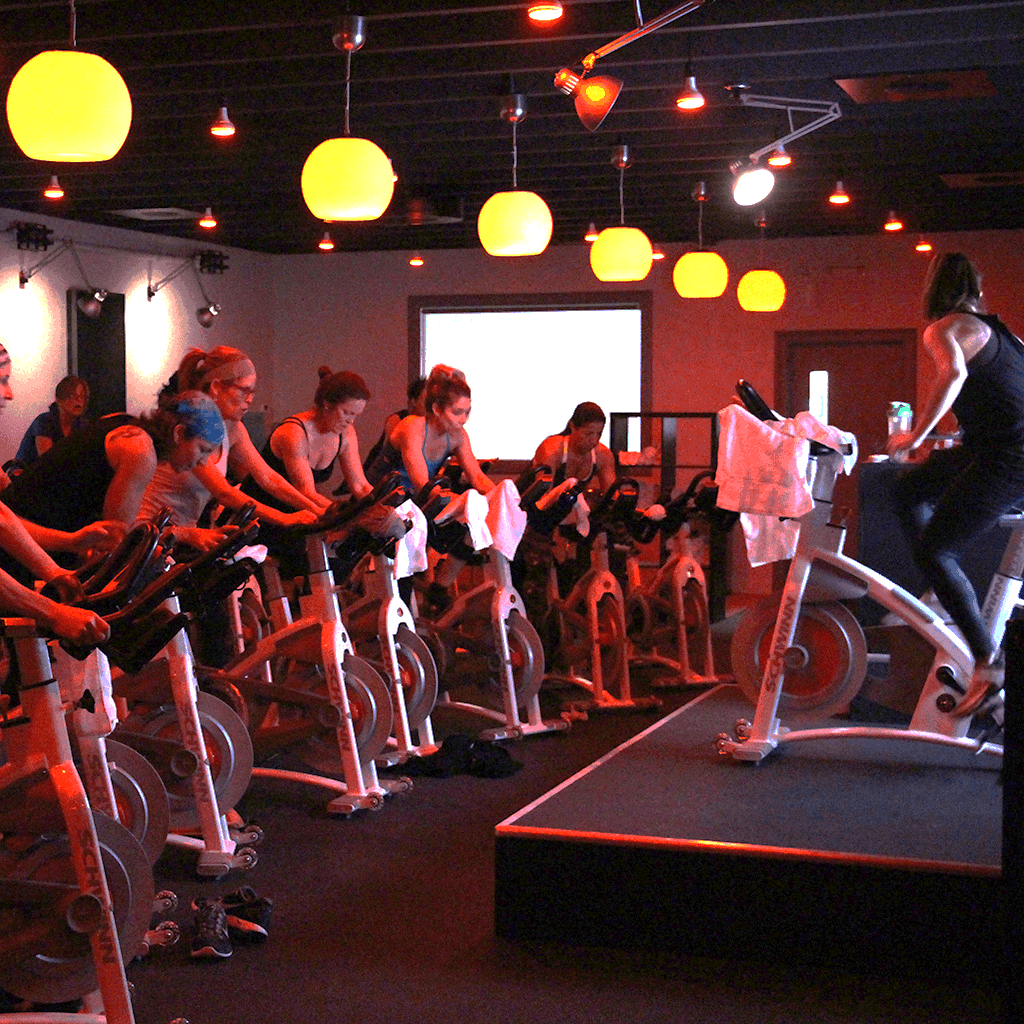 ZINGCYCLE
GO FOR A SPIN AT TENAFLY INDOOR CYCLING STUDIO

Both longtime spinners, the ownership team envisioned a high-end, boutique-style studio that was friendly and convenient.

“We wanted something that would give customers a nightclub experience,” says Haramaty. “The best music, the best lights, the best climate control – those were the starting points.”

Toward that end, ZingCycle added a lighting system featuring remote-controlled Philips colored LED bulbs that change colors individually or in tandem, all controlled by the class instructor.

The climate control center includes a cen-tral and local cooling and heating component, and the latest in ceiling fan technology – the bladeless Exhale Fan – which boasts a noiseless and efficient air circulation system that does not directly blow air at any one location. The facility also has a customized audio system with a 12-channel power ampli-fier and mixer.

The ZingCycle team thoroughly investigated all bikes on the marketplace before landing on the Schwinn AC Performance PLUS bikes with the Echelon MPower Console, which provides RPM and power measurements. “We spent a lot of time figuring out which bikes were the best,” says Haramaty. “We wanted them to be comfortable and adjustable for every type of rider, strong and sturdy enough to handle the power being put into them, and reliable enough not to need constant maintenance.”

Performance tracking has also been incorporated to allow spinners to monitor their progress during classes and from one class to another, and additional technology – including race simulators – is on the horizon. In an effort to go paperless, the facility has also installed iPads that enable customers to log in, browse classes and instructors, reserve particular bikes and monitor payment schedules. “We’re trying to be clean and green,” says Spiropoulos.

The ever-growing schedule includes more than 30 classes ranging in times from 5:45 a.m. to 7:15p.m. Most classes are 45 minutes in length, though more challenging one-hour classes are available, as are half-hour “express classes” for local workers who wish to stop in during lunch breaks. Steam rooms and showers are located on site, and hand weights have been incorporated into some classes to provide a full-body workout.

“We haven’t created a template for all of our classes,” says Haramaty. “We encourage our instructors to be creative, and make sure their motivation aligns with ours – to retain as many customers as possible.”

He recommends two or three classes per week for a good cardio workout, and notes that many customers are creatures of habit due to their work schedules. “We’re very flexible and offer a variety of different packages, including discounts for students and teenagers,” he says. “You’ll be able to find something that works.”

Spiropoulos adds that a referral program has recently been introduced at ZingCycle, offering customers a free class if a friend takes three classes. “It encourages people to work out with their friends,” she says.

Classes at ZingCycle are offered on a daily basis, and a full schedule is available at zingcycle.com. The facility is located at 145 Piermont Road in Tenafly and may be reached at 201-399-4999.